My aunt has several Desert Rose (Adenium obesum) plants in her garden. When I realised there were Oleander Hawkmoth (Daphnis nerii) caterpillars feeding on them, I decided to observe and keep a photographic record of the different stages of their lives and their activities.

Having them in an easily accessible place not too far from home was very convenient for me. I visited the plants every few days to take snapshots, hoping to eventually capture the winged adult emerging from the pupal case.

The photos in this post were not of the same individual. They were taken over a few months. As a newbie to butterflies and hawkmoths at that time, it did not cross my mind that birds and other animals would prey on the subjects I was photographing. Some of the caterpillars died when they were a few days old, other bigger ones just disappeared. But I was very happy to have witnessed a few of them turn into adults. 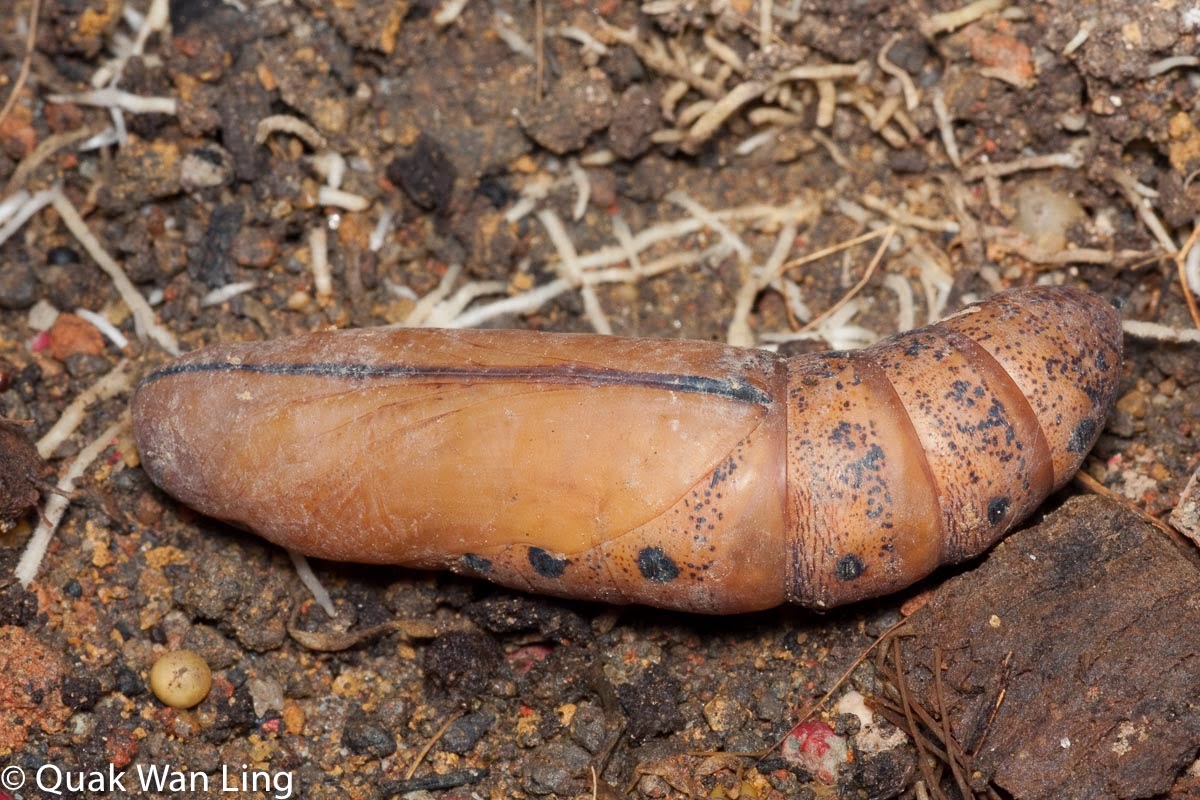 Hint: To witness this amazing metamorphosis,

1. you must be willing to sacrifice the looks of your plants. The caterpillars eat a lot and can make your plants go bald by the time they turn into pupae. However, you will be well rewarded with softer new leaves very quickly.

2. it is advisable to throw a mesh or something similar over your plants to prevent the caterpillars from becoming bird food. In my case, I secure the base too to prevent nocturnal predators from climbing up the plant because I have had pupae disappear too!

Thanks to a reader of this post, Klaus Schoenwiese, I got to know of a North American species which looks very similar to this moth. At first glance, you would have thought that they were the same.

This one does not have the dark banding and spot on the edge of the wings nearest to the head. Thank you, Klaus!